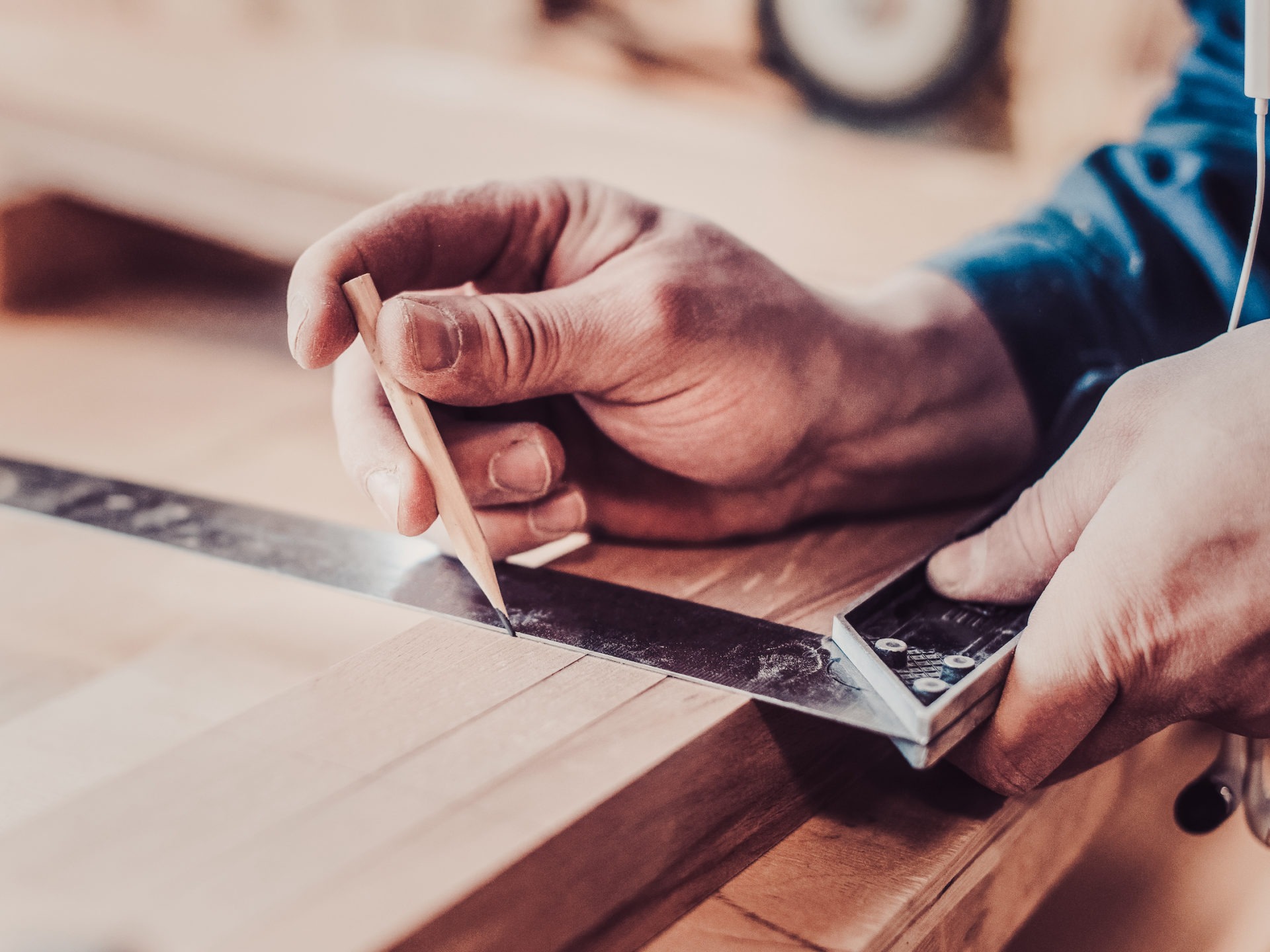 The company ethos at NEJ Stevenson furniture makers is “doing the right thing by people” and treating everyone, employees, suppliers and customers with integrity and respect.

The impact of this can be seen in several ways; client loyalty and repeat business being one, but also within the committed efforts made by the firm to nurture and support the next generation of craftspeople. Particularly via their apprenticeship programme, where all successful students are guaranteed a paid role at the end of their programme.

This care and attention to people and craft is what makes NEJ Stevenson special and is a key motivator for Managing Director and Company owner of 37 years Neil Stevenson.

“I believe in doing things the right way and looking after what’s important. This includes our customers of course and our furniture, but also in the craftmanship itself. We are custodians of our heritage but with an obligation to innovate and progress our skills and techniques to keep our craft relevant and useful.”

“We do that by supporting and facilitating opportunities for people to not only learn our trade but also progress within it.  I believe hard work and dedication should always be rewarded, and if you recruit and nurture the right people our craftmanship and skills will thrive and flourish.”

One such apprenticeship is the newest recruit Ellen Hartup who started with the company in September 2021. She is doing her Level 2 Apprenticeship in Furniture Manufacturing in association with Rycotewood Furniture Centre.

Ellen was chosen out of fifteen people who were interviewed and tested for the role. She said, “When I heard I’d been appointed I was so pleased.  I originally started out doing joinery then tried a bit of plumbing and kitchen fitting, but I wanted to learn something a bit more refined. I feel so honoured to be on this course and get to learn from the best.”

Matt Clarke, another NEJ Stevenson employee, was in Ellen’s shoes four years ago. But after recently completing his apprenticeship, he is now a full-time trainee cabinetmaker.  Matt started out in carpentry, which he did for two years before transferring to his Furniture Making Apprenticeship at Leamington College. Like Ellen, the motivator was that he too yearned to learn skills that were more sophisticated. Matt said, “I love producing beautiful pieces of furniture that people love and will cherish for years. It’s an honour. I have a natural attention to detail, and I’ve always believed that if it’s worth doing, it’s worth doing right, so the company’s ethos suits me perfectly.”

At the other side of this journey is Richard, who started at NEJ Stevenson as an Apprentice over 22 years ago in 1998. He is now one of the Lead Cabinetmakers within the business and works on some of the company’s most prestigious projects. When he started his Apprenticeship, Richard remembers Neil’s first words to him vividly, “If you are good enough, you’ve got a job…” and the rest is history.

Whilst Adam began his journey as a self-employed cabinet maker, before he was taken on in a full time role as a cabinetmaker.  27 years later, he is still committed to the vision of producing the highest quality furniture. “You get out what you put in, and in the same way that’s what has happened to me. NEJ Stevenson has invested in me for nearly 30 years, and I will always be loyal to that and our ethos of quality.”

Whichever way staff come to work for NEJ Stevenson, the one common denominator is the care and attention the company will give them to fulfil their potential and learn the skills that have made Britain craftmanship revered for hundreds of years.