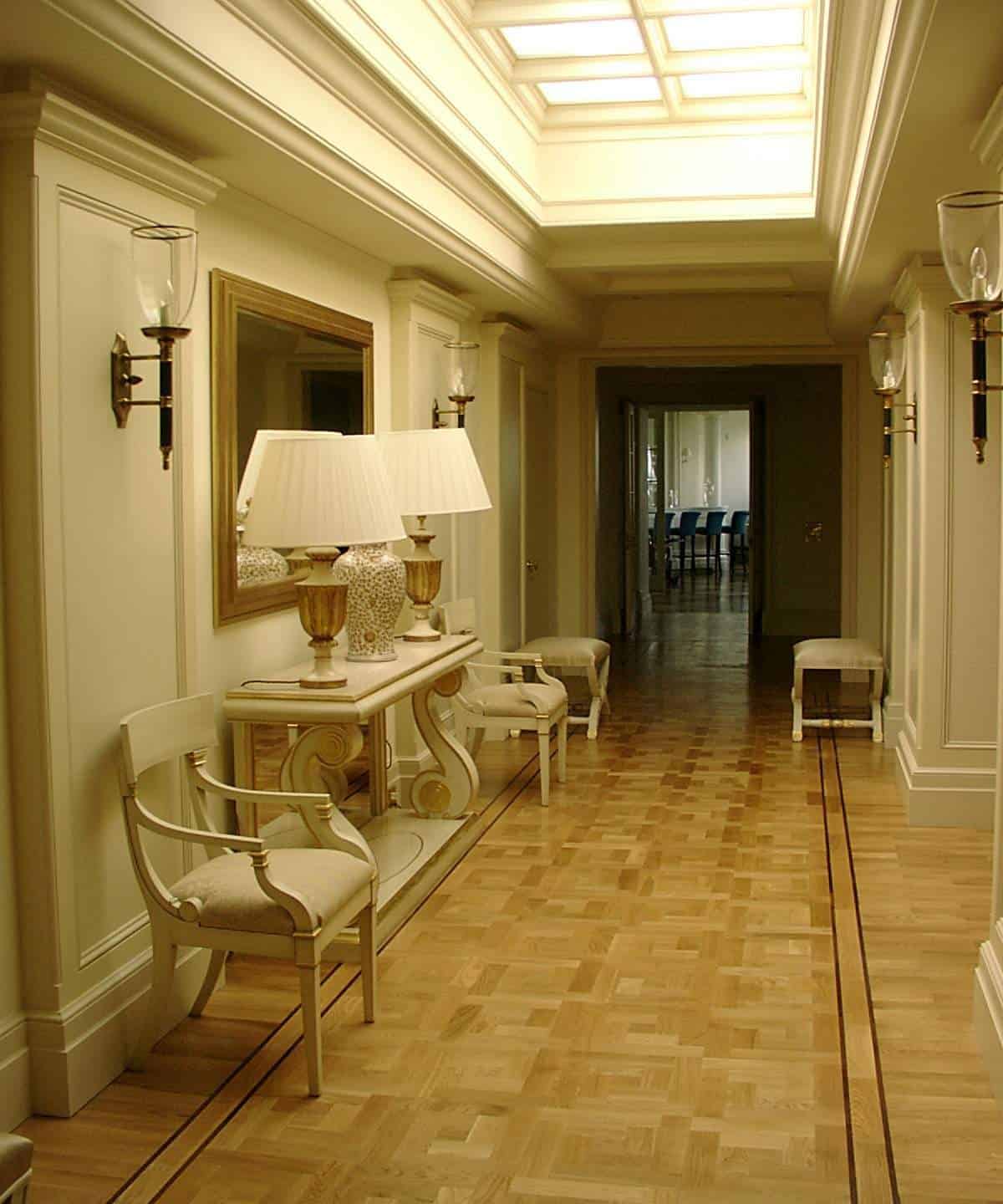 Our first foray into working abroad was with Gabhan O’Keeffe in New York, and was a suite of furniture for a bedroom.  A four-poster bed with rock crystal blocks in the posts, a circular upholstered seat with a hidden tv, in the days when televisions where big boxes, and dado panelling with new shutters for the windows. As first overseas jobs go, it was fairly simple given that the majority was freestanding and the fitting elements were not too tricky as everything was going to be specialist painted.

I can’t remember being concerned about it, just excited about being paid to visit New York, as well as delighted to have another order. It mostly went well, which encouraged me to take on another project, which this time was a complete apartment of furniture and interiors again with Gabhan.

I am sure there are many people who would be nervous about the prospect of working abroad, but fundamentally, it’s the same process as working in the UK just a bit further away and it certainly focusses your team on making sure it’s right and complete before it enters the container.

The only thing that causes me concern is the shipping, and in most cases, we will only take responsibility for getting it to the UK shippers and only accept it again when it appears on site. The vagaries and risks of international transport and the potential for delays at customs, particularly in some of the wilder parts of world, are things I don’t want on my plate.

This policy was completely vindicated when a whole shipment went missing in Russia and the client had to pay for it to be re-made as well as accept the delay. You may well be thinking why would anyone go to trouble of stealing some bespoke joinery? Well, of course they didn’t, what they were actually after was the $50,000 worth of plasma screens that they decided to ship at the same time.

I like exporting, it adds a bit of excitement to the job and the youngest scramble for the opportunity to do the site surveys, meetings and installation until they eventually realise that it’s pretty much the same as working here, but with longer journeys. Having said that I have had some amazing experiences away on site with the teams, most of which are not suitable for writing down in order to protect the guilty, you know who you are!