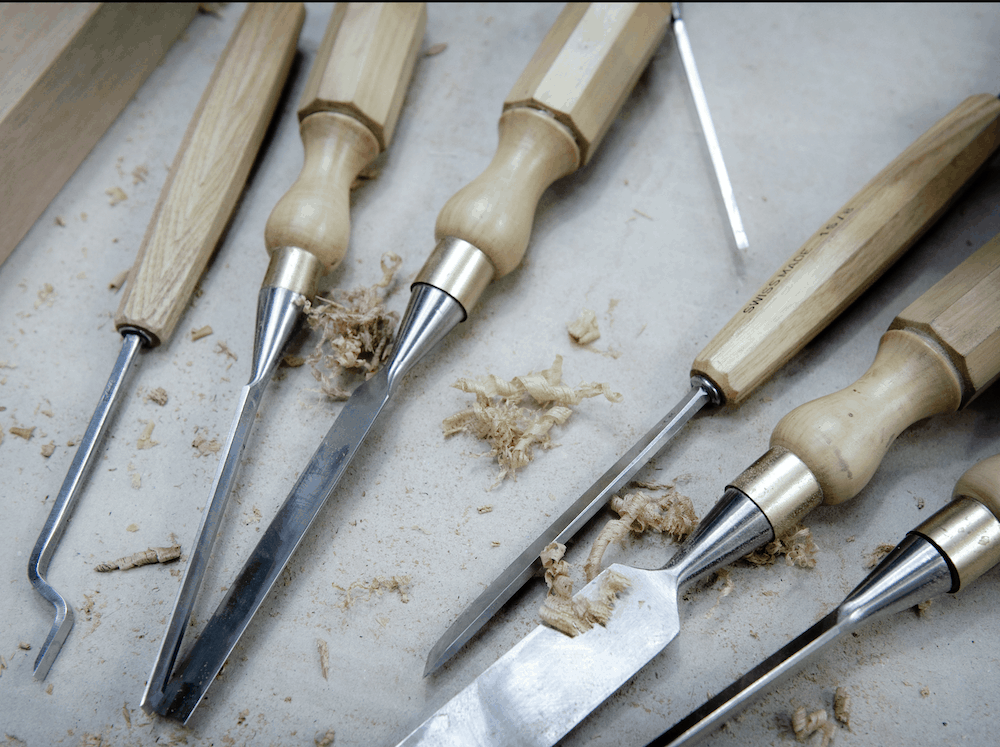 In the time I have been doing woodwork, which stretches from my first introduction at senior school through college to employment and then self-employment, my personal experience has been that government policy has done very little to help encourage people into the design and manufacturing world, unless what you’re manufacturing has wheels. This only covers the last 44 years so perhaps things were different in the good old days?

In 1938 Cecil Michaelis founded Rycotewood College, where I studied, because he believed that the lack of skilled craftsmen would prove fatal to the furniture trade and that he couldn’t rely on the government to help. You could argue that it is an industries responsibility to take care of its own training needs, and I would to a large extent support that view, but the real issue is the constant decline of skilled trades and crafts in schools, which allow students to discover the world of design and manufacturing and hence actively chose a path into creativity.  Government obsession with academic qualifications and university degrees for all is a mis-guided policy that sacrifices a significant minority on the altar of doctrine and dogma.

Given that no-one can exist without a product made by someone, it is surprising that the idea of working in manufacturing is so demeaned by society. It appears to me that there is an overarching perception of manufacturing as dirty, dull, low paid and only suited for the dim. This is at odds with any conversation that gets onto the specifics of design and skills where people are incredibly enthusiastic about particular products or craftspeople and express a desire to do something similar or to have chosen a different career.

In my opinion, this is entirely the fault of the education system, which values academic achievement over everything else and with the change of emphasis from a value-based system to a business model, anything that involves making becomes expensive and a potential health and safety issue and therefore to be avoided.

There are a few outstanding schools and colleges or more to the point a few outstanding individuals, but rather than being cherished and used as exemplars, they are left unappreciated and fighting for resources to inspire their students to excel. Last year I went to The Design and Technology Association Excellence Awards after undertaking a school’s project with the association and was so impressed by the teachers and students, that this year we are sponsoring An Award for Outstanding Contribution to Design and Technology.

I am generally of the view that you shouldn’t complain about something unless you are prepared to do something about it. To that end, I joined the board of FFINTO (the national training body for the furniture industry) in 2000 and ended up as chair. Whilst there was good work done in relation to qualifications it was a battle to keep going and eventually, we were forced to join Proskills, (at that time the latest idea from government), a Sector Skills Council. Proskills as the name suggests was there for  development and promotion of production and manufacturing skills and despite the continual funding and policy concerns, did some very valuable work in schools with its MakeIT programme. Proskills closed in 2016 after all government funding was cut in 2012.

There are a great many organisation doing fantastic work promoting craft and design and although the general populace seems to think that we don’t make anything any more the reality is very different. Britain is a vibrant and creative force, we are at the forefront in almost all creative industries and if you want the best of design and manufacturing you will find it in Britain.

I am therefore left to ponder why it is that we are so very good at making the finest products, when our education system and government seem to be so ill-disposed towards makers? The answer may well be that the British character is such that we take rejection and adversity as a challenge and stubbornly succeed in spite of, or indeed because, of their indifference.