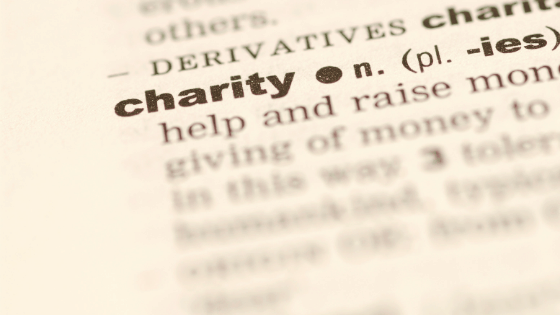 I recently attended the HQR Ball, which for those who don’t know is the social event of the year for all those working in the high-end residential building and design industry. As well as being a good night out, it raises significant amounts of cash for worthy causes. A couple of days afterwards, I played in the NICE (National Institute for Cognitive Education) golf day near Birmingham. At both events I was struck by just how few people bid for anything or bought raffle tickets.

I was struggling to understand their thought processes, when it was clear that the event was primarily for raising money and that the vast majority in the room had not had to buy a ticket. In the case of the HQR Ball all the basic drinks are included too, so it’s a very cheap night of high-quality entertainment. At the very least you would think people would spend the equivalent of the ticket price?

But then of course each event is just a snap shot of a group of people and to judge anyone on a single event is short-sighted. The British give over £10 billion pounds a year to charities and they do it in a vast array of different ways. I must get at least one request a week from someone, climbing a mountain, riding to somewhere, jumping out of a plane or running a very long way. To do any of these will require a great deal of dedication and ultimately expenditure, possibly on-going as they head to the osteopath for the proceeding weeks and months.

I personally don’t like making phone donations for tv fundraising shows, I don’t know why, I just don’t. Fortunately, Mrs Stevenson has no such issues. Fiona on the other hand is less keen on putting her hand in the air in a room of people.

Walter Lilly and Sizebreed donate the time of their staff and the associated overheads to organise the HQR Ball, as well as buying a number of tables and buying a fair bit of the silent auction. There are a large number of companies and individuals who do similar things and on vastly different scales. I suspect that lots of you will be part of small local groups who will organise an event, pay to go, provide a raffle prize, spend a few hours in advance setting it up, then work through the whole thing before getting home really late having cleared everything away in the wee small hours.

I suspect that there was not a single person in the room at either event that had not recently contributed time and/or money to something and maybe they have a direct debit for one or two things as well. At the end of the day there is a finite amount of time and money and sadly we all have to make choices about where we are going to use both.

Do I give generously at every event I attend, no I don’t and I suspect that is just because somethings mean more to me than others. Am I likely to donate towards a school for modern dance? Probably not, but I will happily support charities that promote craft skills. Of course, sometimes you find yourself at an event where you are comparatively so poor that you can hardly afford one raffle ticket let alone bid for anything in the auction.

The British are fundamentally a very generous people giving freely of time and money to make Britain and the world a slightly better place. On my side I need to think a bit more before I jump to an opinion.

Many thanks to you all.